Can You Beat Halo 4 Without Taking Any Damage?

While Halo 2 and 3 are widely regarded as the best games in the series, Halo 4’s campaign still tells a pretty solid story. But today’s question is not one of quality, instead, it’s a question of stupidity. Can You Beat Halo 4 Without Taking Any Damage?
Equipment I use (and other affiliate links):
Buy Fallout 76: amzn.to/2Sh4AtW
Elgato HD60 S Capture Card: amzn.to/2EK8R6w
Focusrite Scarlett Solo Audio Interface: amzn.to/2q9gKbF
Audio-Technica AT2020 XLR Microphone: amzn.to/2EIkSt7
Apple iMac: amzn.to/2CEwHy3
Western Digital 4TB My Passport: amzn.to/2O4nFwc
Samsung T5 500GB Portable SSD: amzn.to/2EI7xB7
Tribesigns L-Shaped Corner Desk: amzn.to/2EGodZG
Check out some of my other Fallout videos if you enjoyed this one:
Can You Beat Halo 2 Without Taking Any Damage: iritem.info/cd/fy-lm-h-y/eM9-p9fUmqOmfZs.html
Can You Beat Fallout 3 Without Taking Any Damage: iritem.info/cd/fy-lm-h-y/fqmlodKZq5S9fYU.html
Can You Beat Fallout New Vegas as a Giant: iritem.info/cd/fy-lm-h-y/gL13j9jRk6PRl6s.html
Can You Beat Fallout 3 as a Baby: iritem.info/cd/fy-lm-h-y/bKt9eNeutH_agmw.html
Can You Beat Fallout New Vegas Without Attacking Anything: iritem.info/cd/fy-lm-h-y/abtne7aY3qKem6s.html
Can You Beat Fallout 3 With No Skills Or Perks: iritem.info/cd/fy-lm-h-y/adWSgtW_y522d5s.html
Can You Beat Fallout New Vegas By Only Moving Backwards: iritem.info/cd/fy-lm-h-y/hs6LeK-zyp_Pdp8.html
Support me on Patreon!, or don’t: patreon.com/mittensquad
SUBSCRIBE! bit.ly/MittenSquad
Twitter: bit.ly/MittenSquadTwitter
Can You Beat Halo 4 Without Taking Any Damage? (in text form)
Our story begins the same way Halo Reach ends, with Master Chief in cryo-sleep. There’s been a ruckus onboard the Forward Unto Dawn and it’s time to [stupidly] “gEt BaCk To WoRk”, as Steve Downs would say. The orange light blesses us with its presence, we do some quicktime player BS with an Elite that surprisingly didn’t deal any damage, and we get into combat for the first time. Nothing crazy so far because the Assault Rifle isn’t a glorified bubble blower in this game. But something still felt off. It was my controls. Using a trigger to zoom in in a Halo game is just wrong.
After getting things set up the way I like, I discovered that throwing grenades is a lot harder than it looks. With the Covenant temporarily fought off, it was time to activate the ship’s weapon system, which meant venturing out into the great outdoors. But before we can get some fresh air we’ve got a few corridors to fight through. It was in the third of these sections that I figured out how this game differs from Halo 3. The Storm Rifle fires plasma at a faster velocity than the Plasma Rifle, so it’s tougher to dodge the shots in close quarters situations, especially when there are multiple enemies to deal with. The Elites also seem to be a little beefed up compared to the Elites in Halo 2 and 3 on Easy.
In general, there are three strategies we can employ throughout this run. The first is to run head first, or nose first in my case, into the line of fire and pray to Fisto that we dodge the enemy’s shots. The second is to sit back and pick off enemies from a distance before moving forward through the cleared out area. The third is a combination of the last two where we try to get through an area but paying more attention to where enemies are than to killing them.
After spending more time inside the ship than I would have liked, we finally get out into nature. Nothing says nature like less gravity and dozens of aliens trying to kill you. Rather than going straight for the switch, I stuck to the outer reaches of the platform and sniped a few Grunts with my Battle Rifle. Then I tried to cheat things a bit by doing some sweet parkour.
It didn’t work. With my pride damaged and my shields intact, I pushed onward through the Covenant forces, watched as the Carbine I desperately wanted floated away, out of reach, found another Carbine a few seconds later, pressed yet another button, kicked a missile into orbit, then retreated back inside the ship the escape the Great Suck of the Forerunner planet.
That didn’t really go as planned because not even 30 minutes into this playthrough and we’ve taken damage. It can’t be avoided, but damage is damage so no, You Can’t Beat Halo 4 Without Taking Any Damage. Before you get your toes in a twist, this is not the first time this has happened. So we’ll just ignore it like I do my bills and move on to the next level: Requiem.
The first bit of Requiem is easy, but there’s an opportunity to knock a tire off a cliff and watch it go flying into the abyss, and that’s not something you’ll wanna miss. Hop in a Warthog and go for a drive, then swap that Warthog out for a new one, then do one more switcheroo and the fighting begins. There’s a cache, or whatever you call it, of Carbines available and the Grunts and such are out in the open, making it trivial at best to get through this area.
...

If you get my joke😂

My most favorite of the halo games (probably about tied with 2 actually, as I owned that as well and could take vehicle very far through levels in that) but I really hated how once vehicles loose their armor (I guess?) They just die, instead of just doing damage to your character and breaking if you die while riding it

Maybe you should start using "without taking any STORY damage" to get around the plot pain placed upon you.

"It's a question of stupidity" you son of a bitch, I'm in.

ok what the hell was that frame lol

Before watching, no. They zap your sheild during parts of the game.

I liked halo 4. The only thing I didn't like about it was the fact is there was only one air vehicle in the forge.

wait the pelican has a spartan laser? I've been playing this game since launch and never noticed wtf

Omg think I couldn't agree more! Zooming in with a trigger in a halo game is just wrong....

@15:33 God damn, this dude is on point with his subtitles

I did what he did with the ghost at the beginning, but with a warthog. Also, the vehicle will disappear no matter what you do, since it's not supposed to be there.

8:24 Ew, even as a joke this is a nope. EA should not be gifted Halo. If people thought 343i mishandled Halo, then EA would be a true Sh!tshow, the likes of which they've never seen before. 343i deserve more credit, Halo 5 story was bad and had misleading marketing but Halo 4 was heavily based on Halo Reach, same engine and all that with minor changes, had a fantastic story, and I and many others really enjoyed the multiplayer and gameplay, they finally added sprint (if that truly gets your panties in a bunch you could use your brain and not sprint. You know it's optional right?), they made movies, and added Halo to PC, etc..

You super funny dude. You could just do summarys of video games with out the crazy challenge but the challenge is like the cherry on top

"Pray to Fisto we dodge the shots" F:Fully I: Integrated S: Security T: Technotronic O; Officer a.k.a. Sexbot from Fallout New Vegas Thanks for coming to my Ted Talk

You can actually not take damage when you do the Ghost Run where Cortana takes your shields away. Idk how I did it, but I did. I think you have to get into the Ghost as fast as you can, then boost before Cortana can do or say anything.

I died of anger when he said the same way halo REACH ends 0:40

wait where there bad guy elites in Halo 3? Thought it was just brutes

Why did the didact change the color of the knights from blue to orange?

I slowed down time for that man

"Can you beat the easiest halo game without taking any damage?"

Need him to do, "can you beat halo 3: ODST without taking any damage" I swear, i cant even do it

"the banshee problem from earlier has been ramped up by like, at least 3." Well you're not wrong 😂

Press RT to fire machine gun *is a nuke*

Reach is easily the best halo

How to beat Halo 5 without falling asleep

I feel that you did beat the game without taking damage cus when you did take damage, they were scripted scenes even tho they weren’t cutscenes but fuck it and fuck 343

How the fuck did 343 go from the brilliance of this campaign to the last Jedi like dumpster fire that was halo 5?

19:18 Flood and Sentinels infinitely respawned in the engine room section on The Maw.

What’s with the image at 3:57 lmao Edit: it’s the rock. Because you hit a rock. Haha

I feel like losing your shield isn't taking damage so technically you did complete this challenge.

3:56 Why does he have a random image of the rock

I've avoided that knight at 6 minutes in somehow

0:40 I think he means halo 3 because when halo reach ends the pillar of autumn finds the first halo

Can you do a "Halo 2 legendary without any allies dying" playthrough.

They built a monument in my name

Can you beat Halo: Combat Evolved without taking any Damage ?.

4:36 i am still thinking about what this is supposed to mean

Why is there a picture of the rock 3:57 second in to the video

12:28 its been 8 fucking years and I NEVER knew the pelican had an integrated spartan laser.

well technically its scripted damage so it doesnt count

Did anyone else pause it at 3:56 and see the rocks face quickly?

When you said ammo was more scarce rip, that was clever asf and a good reference to him

Can you beat Halo: Combat Evolved (with the cursed mod) without taking damage?

Why was the rock I think it was their

I'm confused as to why the thumbnail is using fallout font for a halo video.

"I call that damage because it is."

In HALO Reach, HALO 4 and HALO 5 you take damage in their ending, last mission...

Im fairly certain ive played this game and ive done so more recently than the other halo games...but for whatever reason I remember very little of what im seeing even tough I remembered almost everything I was seeing in the earlier games.

In cases like these, I think standard run rules apply: if you can't avoid it, it doesn't count.

Can you beat undertale (genocide route) without taking damage

How many times did he say “press a button” 🤣

The pressing button thing at around 4:30 that knocks your shield out isn't damage, that's just the shields cycling.

The pain of knowing you can just fly to the end of shutdown.... great vid

It will be awesome when Paul does halo’s 1,5, and infinite

Who the fuck was the flash picture of?

I hate midnight because on legendary it is a special pain in the ass and it didnt even register me completing it, twice. I got the achievement but no master cheif armor

Try gears of war with only grenades
بعد 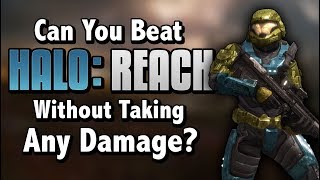 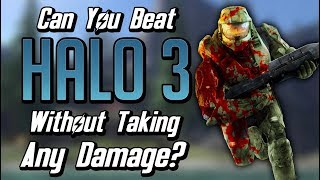 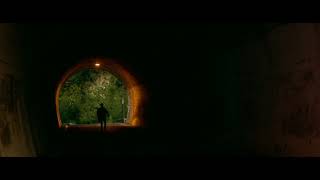 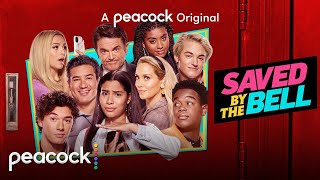 20:16
Can You Beat Fallout 3: Broken Steel Without Taking Any Damage?
بازدید 835K